The Time of the French in North America

As the English, Spanish and Dutch began to explore and claim parts of North America, Jacques Cartier began the French colonization of North American in 1534.  By the 1720’s the colonies of Canada, Acadia, Hudson Bay, Newfoundland and Louisiana that made up New France were well established.

In Illinois the French colonists settled in the southwestern part of the state along the Mississippi River and created the towns of Prairie du Rocher, Kaskaskia, St. Philippe, and Cahokia.  A French official described the area:

"This country is one of the most beautiful in all Louisiana. Every kind of grain and vegetables are produced here in the greatest abundance .... they have, also, large numbers of oxen, cows, sheep, etc., upon the prairies. Poultry is abundant, and fish plentiful. So that, in fact, they lack none of the necessaries or conveniences of life.”

In 1750 the village of Kaskaskia counted over 1,000 French residents.

The British triumph in 1763 over the French in the North American theater of the Seven Year’s War ended the French dream of dominating North America.  The French and Indian War left the French residents of Lower and Upper Louisiana (which included Illinois) with a tough choice: submit to British rule or cross into Spanish territory on the west side of the Mississippi and rebuild their lives there.

The Time of the French in Chicago

The Fox Wars and the Chicago Portage

The French and Métis in Chicago 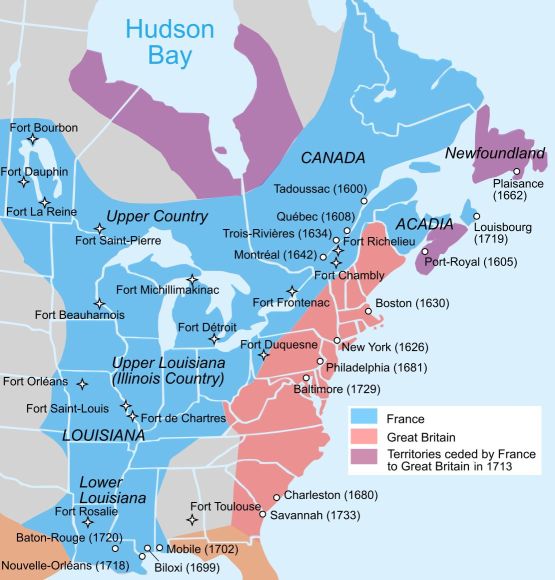