The Fox Wars and the Chicago Portage

The Fox Tribe inhabited the central and western parts of Wisconsin and controlled the Fox River system that ran from its headwaters near Portage Wisconsin and the Wisconsin River to its confluence with Green Bay in Lake Michigan.  Two short but intense wars with the French (a four year war beginning in 1712 and a five year war beginning in 1728) resulted in their constant efforts to keep the French from obtaining furs in the Midwest. The Fox attacked French settlements along the Mississippi and their trading parties on Lake Michigan.

Consequently the Chicago Portage was largely abandoned by the French in the early 1700’s in favor of safer routes to the Mississippi and their settlements in Upper and Lower Louisiana.  Beginning in 1754 the French were engaged in their final battles with the British during the French and Indian War which resulted in them ultimately losing (or selling) all their holdings in North America.

The story of the settlement that grew into the Chicago of today begins sometime after the defeat of the French and their official withdrawal from the Illinois Country.  But while the French government and military left, the French people stayed.  A small settlement of French traders and Metis families at the mouth of the Chicago River that develops sometime in the late 1700’s is the beginning of the city we know today.

Next page: The French and Métis in Chicago 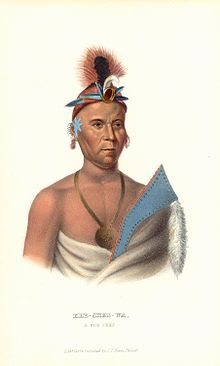