The Creek, The Portage and the Journey's End

The Frenchmen were led to the Chicago Portage by the last tribe they visited at the Grand Village of the Kaskaskia, a tribe of the Illiniwek on the Illinois River near Starved Rock.  The party passed up the Illinois to the Des Plaines and up that river until they came to Portage Creek.

Accounts from soldiers at Fort Dearborn describe it as an 800 foot long reed choked and braided stream.  Paddling east through the short creek led them into the seven mile long marsh that would later be known as Mud Lake.  At the east end of the marsh they portaged their boats and gear over a low rise of land that was the sub-continental divide between the Gulf of Mexico and Atlantic watersheds.

They paddled up the west shore of the Lake to Sturgeon Bay where they made a short portage into Green Bay.  They returned to Father Allouez’s mission in October and spent the winter of 1673/74 with him.

Marquette concludes his journal by accounting for the one soul he saved on the journey:

“we passed through the Ilinois of Peouarea and during three days I preached the faith in all their Cabins; after which, while we were embarking, a dying child was brought to me at The water's edge, and I baptized it shortly before it died, through an admirable act of providence for the salvation of that Innocent soul.”

Next page: A Bad Ending 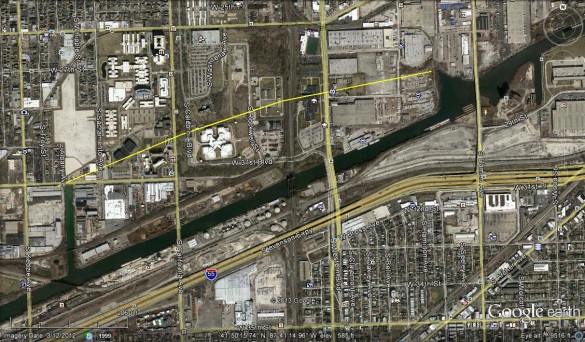