Both Marquette and Joliet made copies of their journals and maps of their journey while staying with Father Allouez.  While returning to report on his discoveries at the end of the summer of 1674, Jolliet’s canoe capsized in the Lachine Rapids within sight of Montreal.  His two canoemen and “La Petit Savage”, the “slave boy” who was presented to him by the Illinois Chief in Iowa, were all drowned.  Joliet lost his diary and the maps he had drawn during the expedition.   He later managed to recompose both of them from memory.

In a letter to the Bishop of Quebec, François-de-Laval, Joliet described the disastrous end of his voyage back to Canada:

“My lord, It is not long since I am back from my voyage to the South Sea. I was favored with good fortune during my time there, but on my return, when I was just about to reach Montreal, my canoe capsized, and I lost two men and the box in which were all my papers and journals, with some rarities of those far-off countries.

I am much grieved over the loss of a little ten-year-old slave boy who had been presented to me. He was of a good disposition, quick-witted, diligent and obedient; he could express himself in French and had begun to read and write.

I was saved after having spent four hours in the water, having lost consciousness, by some fisherman, who never go to this strait and who would not have been there if the Blessed Virgin had not obtained for me this grace from God, who stayed the course of nature in order to save me from death. Except for this shipwreck, Your Excellecny would have had a quite interesting relation, but all I saved was my life.”

Next page: An Important Advantage Perhaps Hard to Believe 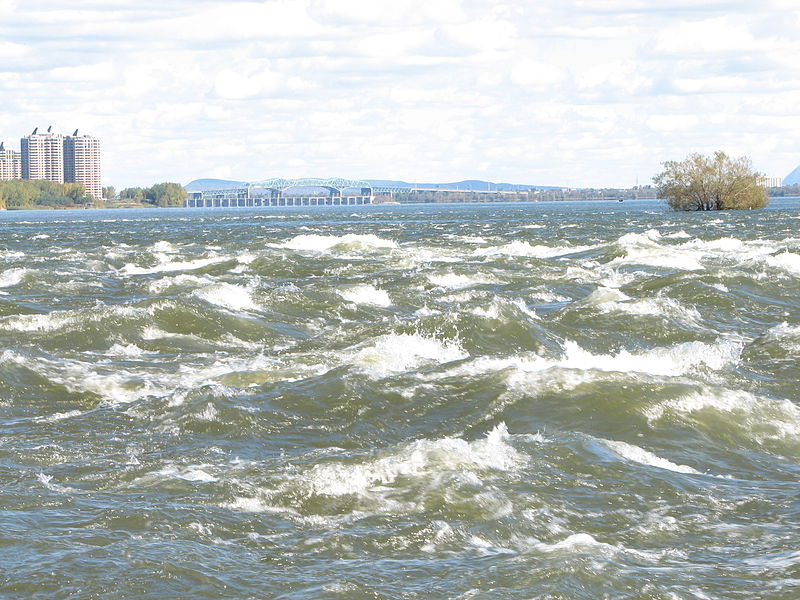