Louis Joliet was the first major North American explorer to be born in on the continent.  Born in Quebec City in 1645, he spent much of his youth on Île d'Orléans, an island in the St. Lawrence River where his step father owned property a few miles downstream of the city.  There he made friends with local Indian boys and began learning their language and ways.

Joliet went to the Jesuit school in Quebec and studied to be a priest.  It was there he first met Jacques Marquette who arrived from France in 1666 to prepare for his mission work in the Great Lakes.  But by 1667, at the age of 22, Joliet decided not to enter the priesthood.  He left the school and after a trip to France and back, joined his brother Adrian and others, for a trading expedition to Sault Ste. Marie.  He lived and traded there until 1671.  During this time he again met Marquette who was sent from Quebec to the Sault in 1668 to help Father Claude Jean Allouez found the Jesuit mission there.

A peace treaty between the French and the Iroquois in 1667 ended the threat to French trading and for the first time in many years the water routes from the north and west were safe for the Great Lakes tribes to bring their furs to the French trading centers.   The “upper” Great Lakes opened to traders and missionaries.

In 1671 Joliet was one of “the Frenchmen who were found trading at the place” who witnessed Simon Francois Daumont Sieur de St. Lusson make a formal proclamation that Lakes Huron and Superior and all of the vast region "contiguous and adjacent there-unto, discovered and to be discovered" was being added to the royal domain of France.   The Great Lakes and the rest of North America were finally open to the French for the safe collection of furs and souls. 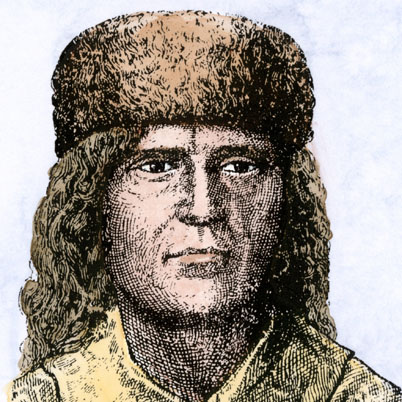 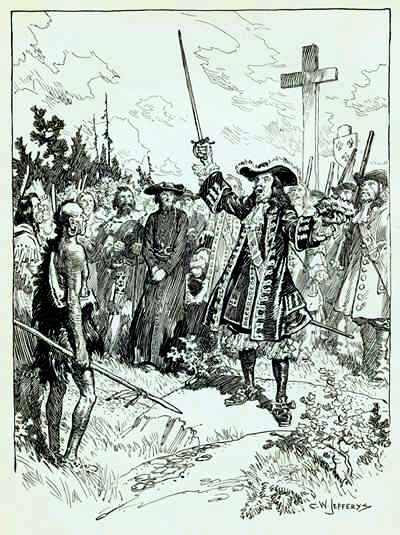