Hubbard was a businessman all his life.  He became an entrepreneur in 1813 at the age of eleven when his father moved the family to Montreal.  Gurdon borrowed twenty five cents from a friend and began buying “the remnants of (farmer’s) loads of poultry, butter, cheese, etc. and peddling them…realized from eighty to one hundred dollars, all of which went into the family treasury.”

While his early life in the fur trade was filled with high adventure and feats of daring and strength, Hubbard was always focused on improving and expanding his businesses.  Seeing the vast potential of Chicago's location, Hubbard and his second wife Eleanora moved from their Iroquois River farmhouse to Chicago on January 4, 1834.  It took them six days to travel up Hubbard’s Trail to Chicago in a procession of cattle, hogs and horse drawn sleighs.  Winter weather made travel over the frozen trail, and passage over the frozen rivers, easy.

Hubbard built a three story brick warehouse that winter while his freshly killed hogs were preserved on the ice of the Chicago River.  In the spring his building was finished.  It had a large insulated room for keeping meat cold through the warm months with ice cut from the river and nearby marshes.  It was the first brick warehouse built in the small town and detractors labeled it “Hubbard’s Folly”.  Within a few years his businesses had outgrown the building and in 1836 he built an even larger warehouse (for $44,000) on the north bank.

To his meat packing business he added warehousing, freight forwarding and “lightering" (moving cargo and passengers between shore and ships anchored in the lake).

Next page: Replacing the Portage 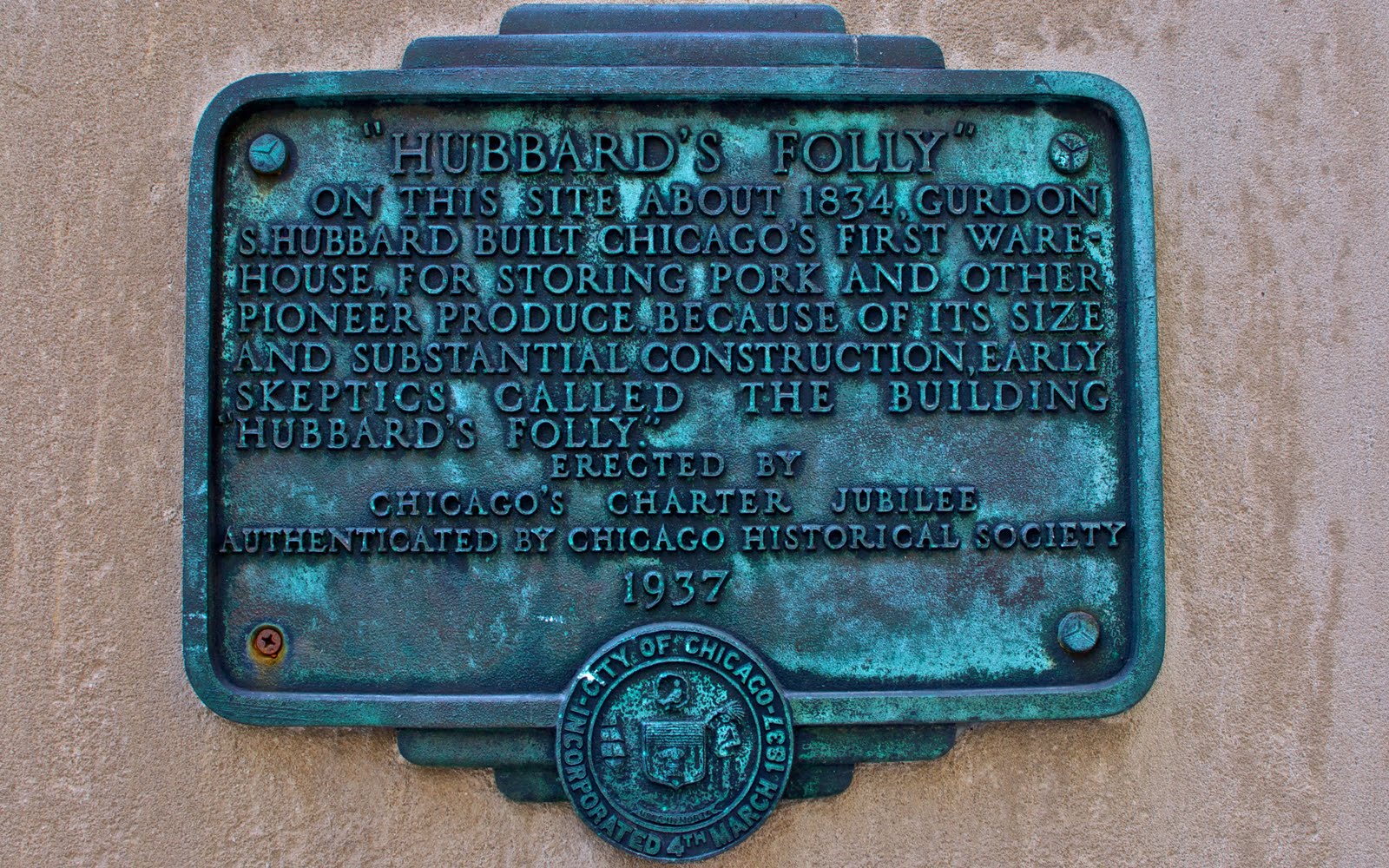