The Journey Begins With a Warning!

“The first Nation that we came to was That of the folle avoine. I entered Their river, to go and visit these peoples to whom we have preached The Gospel for several years “

The explorer, the missionary and the five voyageurs, paddled their two birch bark canoes west from St. Ignace around the north shore of Lake Michigan and south into Green Bay.  Along the way they visited a village of people Marquette calls the “Folle Avoine”; or the “people of the rice”, the same people Nicolette thought were Chinese.  Marquette had preached to them before.

Marquette told the natives of their plans and recorded their reaction: “They were Greatly surprised to hear it, and did their best to dissuade me.”

They warned Marquette and Jolliet that they would meet warring tribes who would: “but Break Their heads without any cause”.  They also warned them of the dangers of the great river that: “was very dangerous, when one does not know the difficult Places; that it was full of horrible monsters, which devoured men and Canoes Together”.

Should Marquette and Jolliet survive the warriors and river, then: “there was even a demon, who was heard from a great distance, who barred the way, and swallowed up all who ventured to approach him”.  If that wasn’t enough to dissuade the explorers they added that if they managed to avoid those dangers: “the Heat was so excessive In those countries that it would Inevitably Cause Our death.”

Marquette “thanked them for the good advice that they gave me, but told them that I could not follow it, because the salvation of souls was at stake, for which I would be delighted to give my life; that I scoffed at the alleged demon; that we would easily defend ourselves against those marine monsters”

Next page: The First Portage 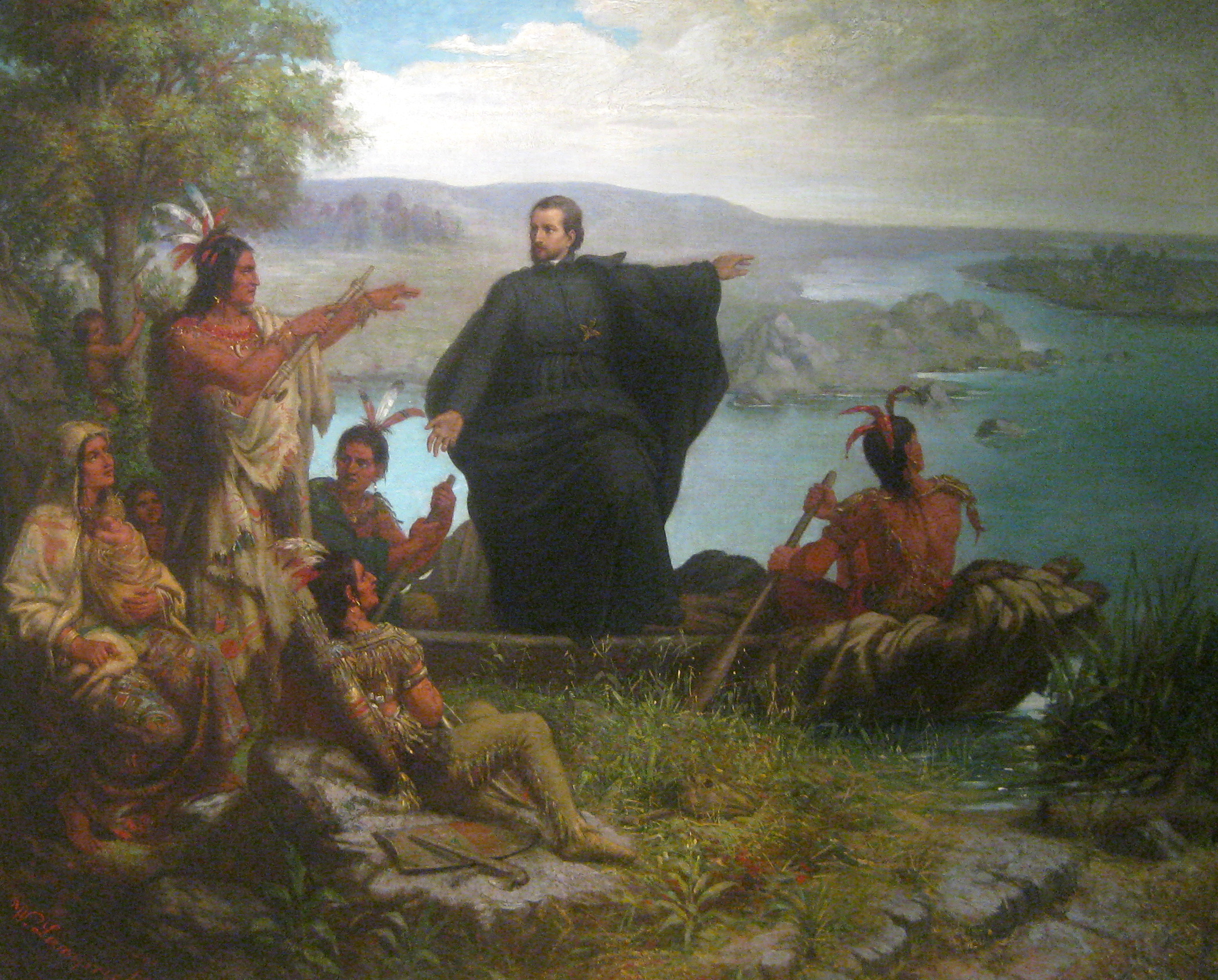