John Kinzie was a British fur trader born in Quebec to Scots-Irish immigrant parents in 1763, the year the British took over control of Canada and the fur trade.  His mother came to America as the wife of a British Army chaplain who died before her marriage to John’s father.  His father was a surgeon in the British Army but died before John was a year old. His parents were part of the first force to occupy Quebec as the British drove the French out of North America.  He was born at a time of great change in Canada and lived his adult entire life on the changing edge of European civilization.

At ten years old he was apprenticed to a silversmith in Detroit where his mother’s third husband, William Forsythe, had settled his large family and ran a tavern near the British fort.  When he was twenty-two and a well-known artisan who made everything from jewelry for Native Americans to fine silverware for Detroit’s elite, Kinzie left Detroit to work in the fur trade on the frontier.

Kinzie moved from the center of British political and military power in the Midwest (with a population of 2,500 in 1765), to Kekionga, the center of political and military power for the Native tribes of the lower Great Lakes.  Located at the confluence of the Saint Joseph, Saint Marys and Maumee rivers, and one of the key portages from the Great Lakes to the Mississippi watersheds, its strategic advantages had made it a military and trading center for centuries. There were at least six Shawnee, Delaware, Potawatomi, and Miami villages in the vicinity.*  Kinzie got to know the tribes and their leaders like Little Turtle, Sagamore and Chief of the Miami. 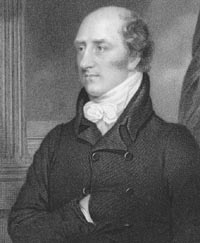